Recently there has been a lot of different reviews for Windows 8. Some of them good some of them bad. Dr. Jacob Nielsen, a user experience expert, wrote an article providing his insights into Microsoft’s new operating system.  The article is based on feedback provided by 12 experienced Window’s user.  In this post I wanted to give my two cents and challenge some of the point made in Dr. Neilsen’s article.

I have been using Windows 8 since the Developer’s Preview was released over a year ago.  I have built Modern Applications (formerly known as Metro) since then.  I started out by putting it on an Acer convertible laptop/tablet.  This gave me a device with a touch screen that I could play around with.  I also used the Samsung Tablet that were given out at Microsoft’s Build Conference.  Once the RTM was available I migrated my primary laptop and a 4 year old desktop computer.  I love using it. Windows 8 is not perfect (I’ll cover that throughout this post) but I think that it is a step in the right direction.

Microsoft has reimagined Windows.  They started by replacing the start menu with an entire screen for launching applications.  This is one of the areas where people have complained the loudest.  They are comfortable using what they know but that could lead innovation stagnation.  If you are comfortable with a certain interface then by all means stick with what you know 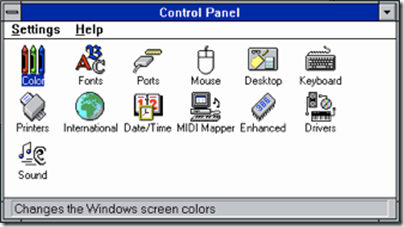 By reimagining Windows, Microsoft is taking a big risk.  This brings me to my first observation, there is a learning curve.  That is case with anything new.  Dr. Neilsen even points this out with the Office Ribbon (which he likes).  The Ribbon replaced the file menu system which was around for years.  Windows 8 is the first major change to Windows since Windows 95 hence the learning curve. It took me about a week or two to get over the learning curve. I am more productive in Windows 8 and like the experience it provides. I get excited when I learn a new tip or trick to help me be even more productive.

The first point that Dr. Neilsen makes is that there is Cognitive Overhead with a Double Desktop. In my opinion there is only one desktop, the one that everyone is used to in earlier version of Windows. I don’t consider the “other” desktop a desktop.  It is a start screen that replaced the start menu. The functionality that was available in the start menu has been enhanced in the new start screen specifically in the new tile layout (more on that in a bit).

The articles next talks about  multi-tasking.  In Windows 7 users can have as many desktop applications open as they please.  This is true in Windows 8.  The restriction on a single application is only for the new Modern Applications (the ones optimized for tablets).  These application are geared for consumption and not for complex tasks.  Even Microsoft agrees that complex tasks should be conducted in the desktop environment.  The next version of Office has been enhanced for touch and battery consumption but still runs on the desktop.  This is true for Office on the Windows RT tablets. Not all task need to be built using the new application sandbox.

Dr. Neilsen points out that there are some issues determining what areas are clickable. When I first started using Windows 8 I found that to be true.  After a while I got used to it. I like the aesthetics of Windows 8. There could be some more subtle cues to indicate interactivity.    I also agree that the typography is elegant and is a refreshing change from the past.

The available advice on designing for the “modern UI style” seems to guide designers to create applications with extraordinarily low information density.

Not exactly.  The design guidelines state that developers should make the content front and center, content before chrome.  If a developer decides to place less content on the screen it is on them.  The guidelines also state that the interface should be adaptive to the screen real estate and Microsoft provides tools and controls to help users accomplish this.  I find that Modern Application provide a rich user experience compared to the clutter you find on most web sites today.

One of the new features of Windows 8 are the Live Tiles.  These were borrowed from the Windows Phone interface.  They provide information to the users without having to open the application.  In the article, Dr. Neilsen states the start screen can become an “unruly environment that feels like dozens of carnival barkers yelling at you simultaneously”.  The thing to remember is that the user is in control. If they feel that the information, provided by the tile is not useful, they can shut of tile updates for that application.  This puts the onus on the developer to provide useful information in their tile updates.

If the user doesn’t use the application for a specific period of time then those tiles won’t update.  So only applications that the user uses regularly will have tile updates.  Users also have control over the placement of their tiles.  This control allows the user to place tiles that they fine useful in a location that allows them to garner the information provided.

Another new feature are the Charms.  Yes they are hidden but after a little usage you get use to them being off the screen.

Power user tip: if you have a keyboard then Win+C will bring up the Charms Bar.

The risk with hiding the Charms and Application Bars is that the they are out of site.  It is up to Microsoft to educate users to look for the chrome of the application.  Hiding this functionality does allow developers to showcase the content of their application.  This is similar to how Microsoft reorganized functionality in the Office Ribbon. Users are used to that now so it can be assumed that users will get use to the new functionality of Windows 8.

The final point Dr. Neilsen is that Windows 8 UX is weak on tablets and terrible for PC.  I will talk about my experience using Windows 8. I have used Windows 8 on tablets, laptops and desktops.  When I am on a laptop and desktop I spend most of my time in the desktop environment.  I don’t even notice that I am using Windows 8 except for the performance enhancements that have been introduced in Windows 8.  When I do venture into the Modern Application side it is usually to consume content (news apps, weather apps, Internet Explorers).  As for the start screen, it is nice to have content presented in the tiles without having to launch an application.

When I want to launch an application I hit the Windows key and start typing. The built in search functionality takes me to the application I am trying to launch.  I don’t have to search menus for applications.  This how I launched applications in Windows 7.

I like the experience on a tablet although I don’t spend much time on tablets.  Since the majority of the Modern Applications are for consumption, the tablet form factor is ideal for them.  Once you get used to the touch gestures the Surface tablet is a nice form factor.  Like I said I am not much of a tablet user.  What I am looking forward to is getting a touch screen laptop as my primary machine.  Windows 8 begs to be touched.

The real power will come when hardware vendors produce a tablet form factor that that comes packaged with a powerful docking station. A user can then go from tablet to “PC” and back while remaining fully productive.

I envision a users who wakes up in the morning and grabs her Win8 tablet and checks the weather and news using Modern Applications.  She then gets on the train and starts checking her email. She gets a message asking her to update an important spread sheet for a meeting that morning.  The train pulls into the station while she is updating the spread sheet.  She walks to her desk and docks the tablet to continue working on the updates.  She grabs her tablet and heads to the meeting and uses her tablet to take notes. On the train ride home she listens to music using the built-in Music app.  That night, at home, she takes her tablet, curls up on the couch and used the XBOX Smart Glass technology to stream a movie to her TV, enjoying the additional content she gets through Smart Glass.

That scenario is one of the reason Microsoft is attempting to unify the user experience across their different environments.

The article states that they invited 12 Windows users to test use Windows 8.  My question is how long did this research go on for?  If it was for a couple of hours then I would doubt the findings.  These findings would be the same for any operating system.  For example ask 12 people who have never used and  iPad or an Android device to change the background.  They will struggle.  Just because the 12 users are Windows users doesn’t make they immediate experts with a new operating system.  They are ahead of the curve with Windows 8 but there is still going to be a learning curve.

I want to see the research of 12 Windows users (with an open mind) using Windows 8 as their primary operating system for a couple of weeks.  What would their reaction be then?  Is Windows 8 perfect? No.  There are some usability issues that need to be addressed.  Microsoft is trying to innovate their user experience, unifying the experience across all their environments.  In the short term there will be a learning curve but in the long run user will have a consistent experience whether they are using a phone, a tablet, a PC or an XBOX. Microsoft has collected data that users are starting to use the new functionality as they overcome the initial learning curve.  This article references Dr. Neilsen’s article and provides some healthy debate on the subject.

It will be interesting to see how Microsoft respond to the criticism.  Microsoft is planning to revamp their release schedule.  They are planning to have annual releases of their operating system starting early 2013.  I hope that they don’t radically change what they done.  Time will tell whether Windows 8 will be a success or just another Vista.